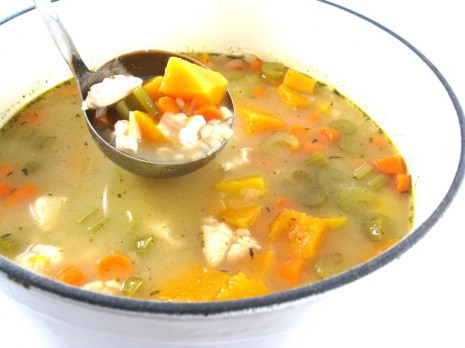 Some things are worth arguing about ……… others are not.

Like, for example, what color we should paint the walls or what color the carpet will be. Granted, I would just as soon not have hot pink for either. But the truth is that whether the wall is pink or blue has no bearing on my spiritual growth or my relationship with God. It doesn’t bring me any closer or drive me any further away from my Father.

In the Christian church, there are what some would call disputable matters and those that we could say are indisputable. There are some things that are non-negotiable if you claim to be a Christian. For example that Jesus is the Son of God. But there are many, many things that ultimately don’t matter.

Paul brings this discussion up in Romans 14. In this chapter, he is not addressing matters of sin; he already dealt with that in the first 13 chapters. We have been set free from the bondage of sin by the righteousness of Christ, which has been graciously imparted to us. Rather he is confronting issues over matters of opinion that could potentially lead to sin.

Let me explain. If you look around your congregation on any given Sunday morning, you will see old people, young people, and middle-aged people. If you were to take a survey on the number of years they had been Christians, you would have some say 40 years while others may say 40 days. You have individuals who grew up 10 miles away while others came from somewhere on the other side of the world. You have some who only drive pickup trucks while others insist on having a sports sedan. You have some who prefer classical music while others only listen to pop rock. You should begin to see my point.

The church is a soup pot of many people. Soup is not made up of just one element; it is a mixture of different vegetables, meat stock, and spices. Each ingredient adds to the overall flavor and enjoyment of the meal. The same applies to the church; each member, no matter how mature or experienced, adds something to the flavor. The potential problems arise when so many different people get thrown in together and begin to find fault with other believers who don’t agree with their way of thinking. Even though these issues may not start out as sin, differences in opinions that are not dealt with properly can become sin.

The purpose of Paul’s discussion is to encourage his readers, and us, that they should not judge people in the church who have a difference of opinion. If someone prefers Pepsi over Coke, so be it. Or if they prefer carrots in their soup, and you prefer potatoes, then don’t be discouraged ……… perhaps their vision will be improved.

4 Who are you to judge someone else’s servant? To their own master, servants stand or fall. And they will stand, for the Lord is able to make them stand.

Strive for unity and peace. Don’t let insignificant differences of opinion cause division among you.

I had a friend who used to say dat at work all the time. I adopted the phrase as a game to play with my kids, especially when they were strapped to a car seat, bored and losing patience from a long drive. I would recite the phrase, then everyone would try to say, “Dat!” when I said it. Amazing what you can do to entertain children.

Christians are not in competition with one another. Or at least, we’re not supposed to be. Isn’t that the antithesis of Christian unity?

Did you know there is a very common word that is used in our culture that you cannot find in the Bible? It is the word competition. Jesus never talked about it, but He did talk about the opposite of that word…… unity. Jesus talked a great deal about His oneness with the Father and the importance of unity in the body of Christ. It is the most difficult command Jesus gave to the church because it wars against the most evil aspect of our sin nature—independence. – Os Hillman

I hope no one ever feels like they need to compete with me. I confess I do a lot of things from selfishness, self-motivation, self-satisfaction. There may appear to be no particular goal in mind but there is a goal, there is always a goal ……. my own happiness. What I find is that unintentionally I am in a competition, a competition that I created in my own mind. It’s a race to see how far I can go without stopping, how fast I can get my work done, or how many words I can squeeze into a sentence without it being a run-on, or how many cups of coffee I can consume in one day without keeling over dead. Not really, although I do drink too much coffee.

What is it that makes me so competitive? According to Mr. Hillman, it is my desire for independence. I would have to agree, at least from personal reflection. I want to do things my way, the Billy Way. When I cook, I tell my family to move over and let me work because tonight we’re doing things the Billy Way. Or at the cabinet shop, when I have a problem that needs to be solved, I frequently say, ” I fixed that, I did it the Billy Way.” I’ve been quoted saying, “There are two ways to do things: the wrong way and the Billy Way.”

My independent nature drives me, but it drives others too………. crazy sometimes.

“You can’t say dat when I say dat!” is a game. When everyone shouts “Dat!” all at different times, its funny, but it’s nothing but a loud, confusion of noise. Occasionally in the game, by accident, everyone manages to yell “Dat!” at the same time. We all laugh because we somehow, independently, we said it together!

16 Live as free people, but do not use your freedom as a cover-up for evil; live as God’s servants. 17 Show proper respect to everyone, love the family of believers, fear God, honor the emperor.

Independence and freedom are a good thing. Christ died so we could be free. However, it is critical to work together for the good of everyone. We each bring different abilities and we each contribute independently. But the goal is to achieve a unified voice. Otherwise we are all screaming “Dat!” at different times and it does nothing but create a chaotic noise.

My mug is up, I hope yours is too. Today, make a new commitment to build relationships rather than tear them down.